On October 6 1941, the 126 m long MS Thistlegorm (Gaelic for blue thistle) was hit ,by a 2000 kg special bomb from a German combat squadron, in the stern and sank to 30 m in the northern Red Sea.
The Thistlegorm was on its way to Libya, fully loaded with war materials, two steam locomotives and water tenders, weapons and ammunition, tanks, motorcycles, aircraft parts and a crew of 39 men. It had to take the sea route with a convoy of twenty other ships around the Cape of Good Hope, since the Mediterranean was controlled by German and Italian troops. But just before reaching the Suez Canal, the ship had to wait a few days at Sha’ab Ali, where the 4.9-ton heavy ship was bombed.

Only 14 years later, in 1955, the French diver and adventurer Jacques-Yves Cousteau discovered the wreck, but it was kept secret and was forgotten again. It was found in 1991 by fishermen and divers, since then it has been one of the most important wrecks for sport divers because of its relatively low depth and a war memorial.

The wreck of the Dunraven is located in the southern part of the Gulf of Suez at a depth of 15-30 meters, on the reef of Beacon Rock. With a length of 85 m and a tonnage of 1800 GRT, it could be sailed with two sails as well as with a steam engine. It was loaded with cotton and wine. There is nothing left inside the wreck, except for the big steam boiler, but you can dive through and find the many glassfish as well as other marine inhabitants looking for shelter in the ship’s hull.
It is not known exactly why the ship was sunk, the crew were saved by fishermen.

This vessel, with its 2600 BRG and a length of 175 meters, is one of the most impressive wrecks in the northern Red Sea. On June 19 1996, the Million Hope was to transport a cargo of potash and phosphate from Aqaba in Jordan to Taiwan, despite poor visibility and speed, it didn’t comply with the prescribed navigational route and hit the Nabq reef. There are different accounts why the ship sank.

The wreck can be approached and dived only in the best weather conditions (no waves, wind), as it is very close to the reef and quite shallow. About 20-30 meters from the reef lies a crane, broken off from the ship, beautifully covered with corals in which many water dwellers find shelter. Great also for snorkeling, it can be reached swimming from the Jaz Mirabel Beach Resort.

In August 1984 the Kormoran, built in 1963, coming from Aqaba loaded with phosphates, stranded on the reef edged to the island of Tiran due to a navigation error (Laguna Reef). The impact was so bad that the Kormoran almost completely lost its bow, while on the left two big leaks arose and the deck with its superstructures damaged irreparably. Just a few minutes’ drive from the North Laguna Lighthouse, the 80-meter-long and relatively shallow Kormoran is easy to find due to its stern part projecting out of the water.

The dive does not involve any difficulties, but must be carried out with calm seas to allow good visibility. The visibility is usually best in the afternoon, preferably at slack tide, when the current is minimal. The stern thrusters, the prop, the engine, the steering wheel and the winches mounted on the deck are very well preserved and on the bow side the name of the ship is clearly legible. 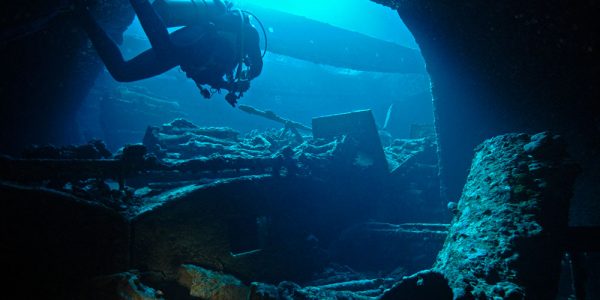 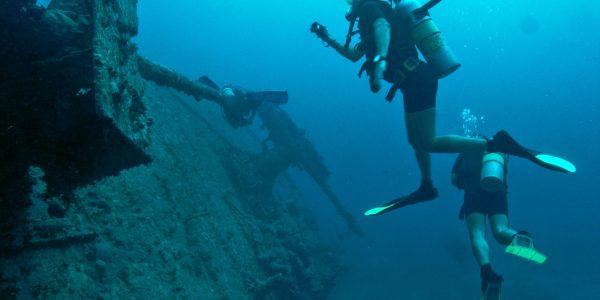 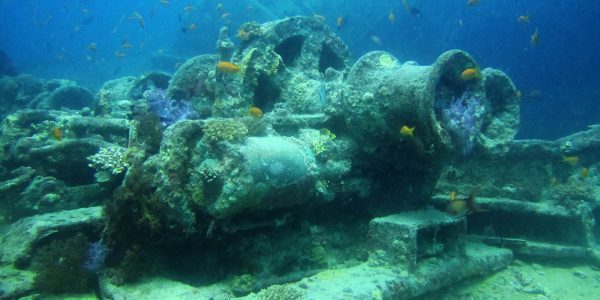 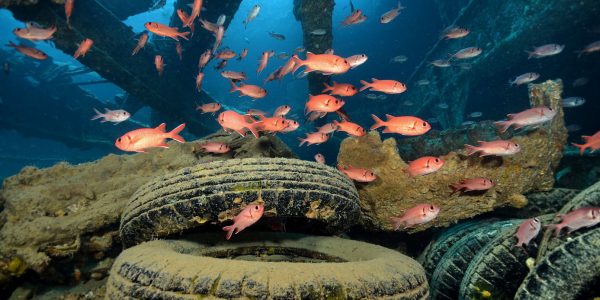 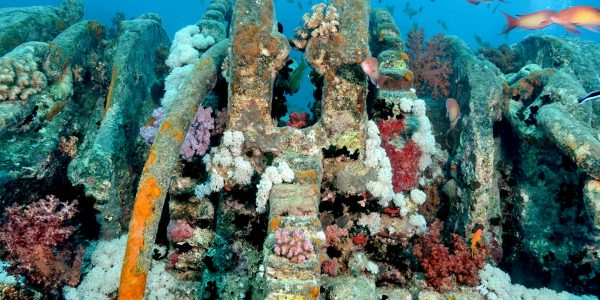 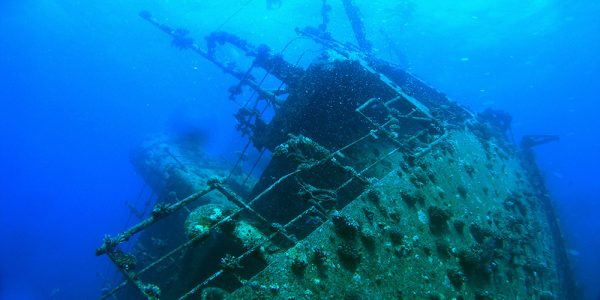 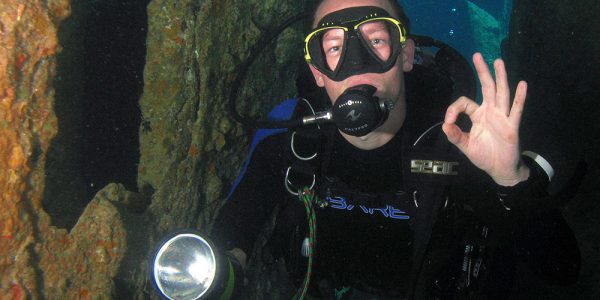 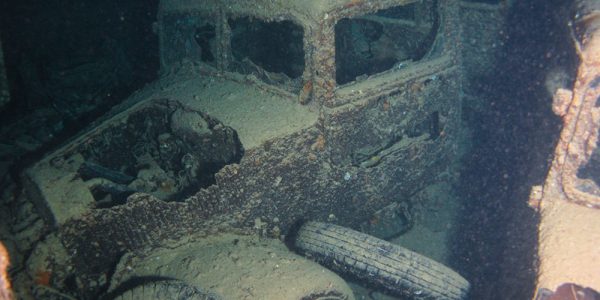 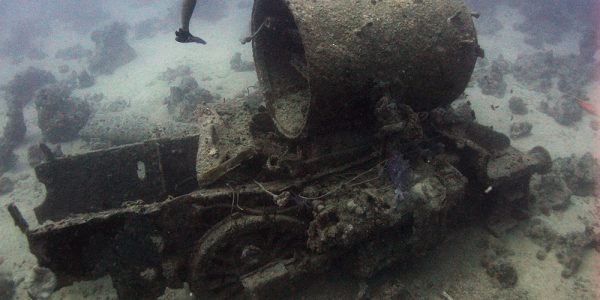 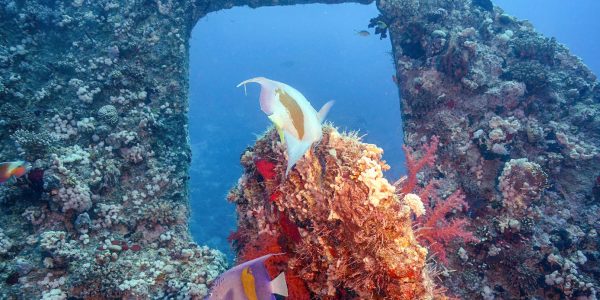 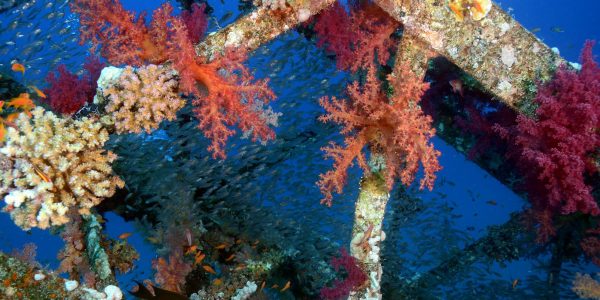